Greg James studied fine arts, majoring in sculpture at the age of 18 at Claremont Technical College in Western Australia. Graduating at 20 years old he then travelled Europe working in art studios to help further develop his skills.

In 1978 James staged his first solo exhibition and 12 years later had his own studio in Fremantle, Western Australia where he began to produce some of his first major public commission pieces. After moving to J-Shed studios in Fremantle in 1993 and beginning his business; Greg James Sculpture Studio Gallery, he has established himself as one of Western Australia’s most preeminent bronze sculptors.

With a large number of public commissions completed in his career you can see his works in places like Busselton W.A, Fremantle, Perth and Ireland, he also has works in galleries across the world and has exhibited in many other countries. 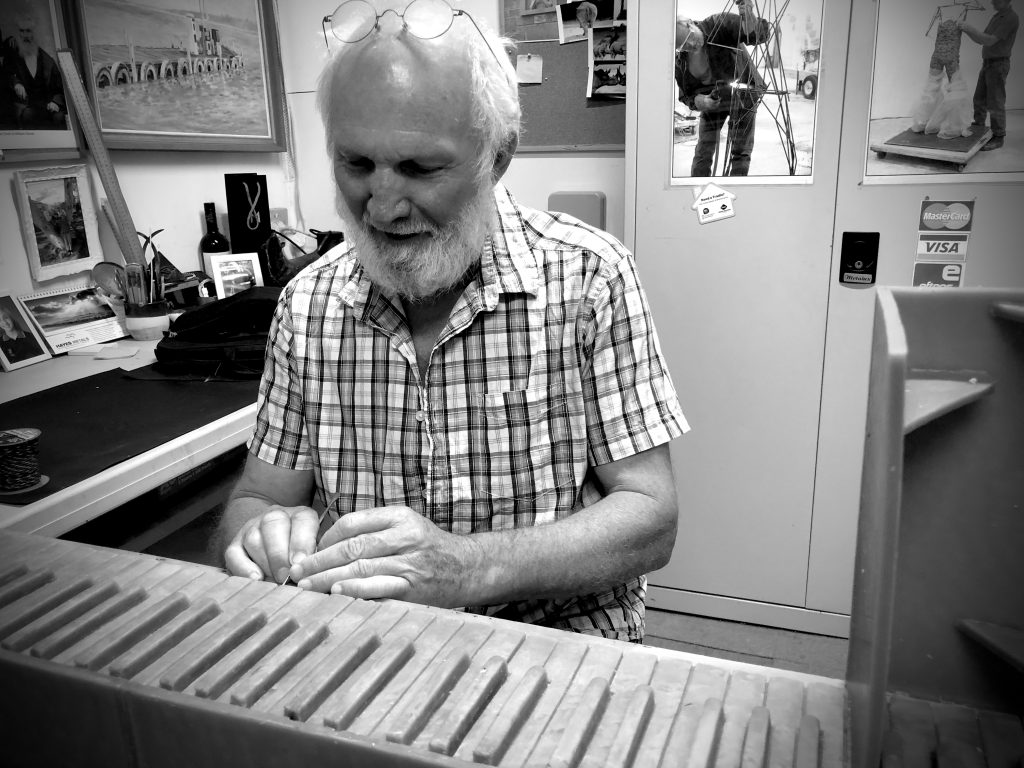 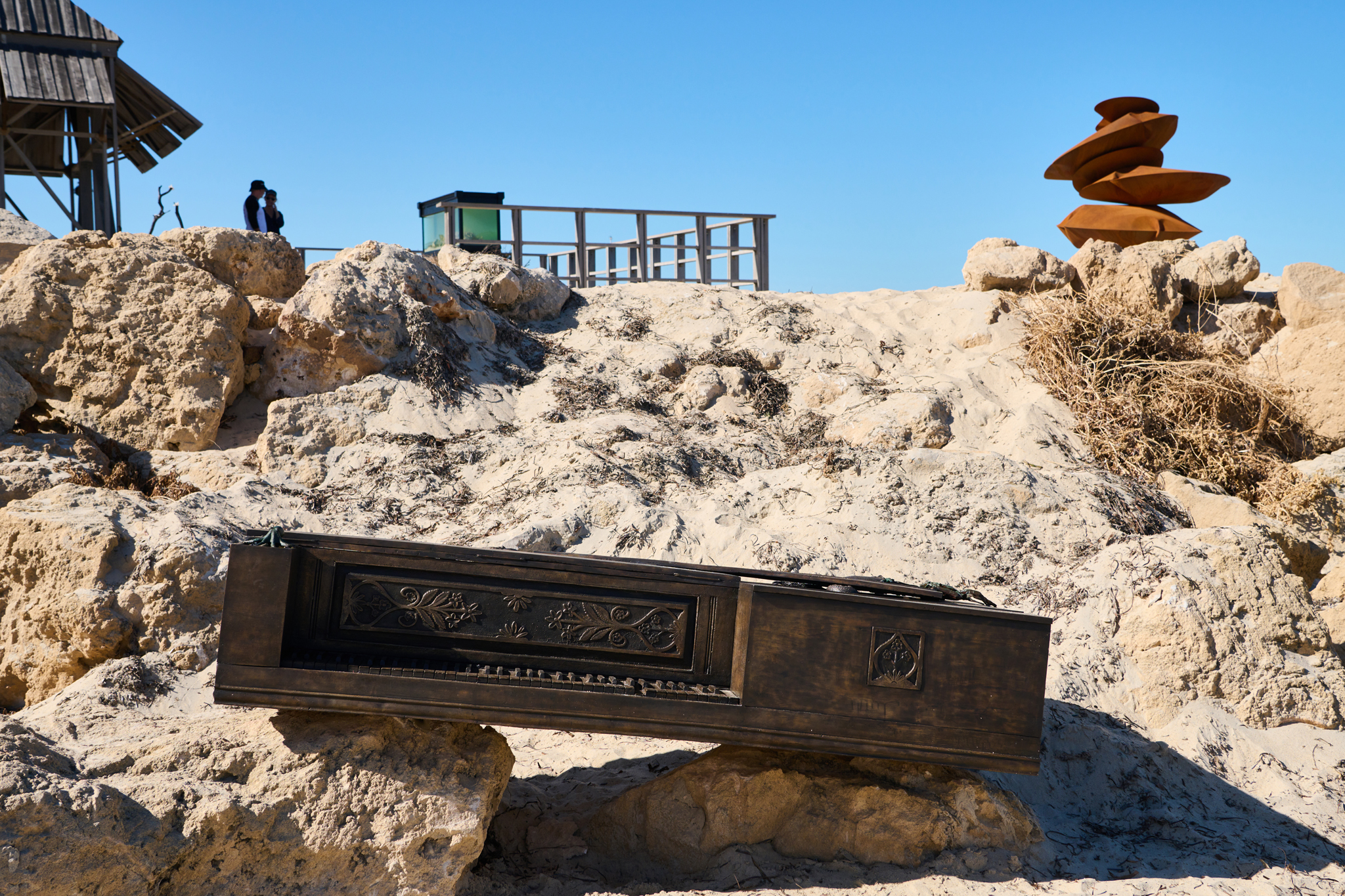 This work is inspired by the story of the artist’s 3rd great
grandparents. William and Lucy arrived from England, at the southern tip of Manjaree (Bathers Beach), currently known as Anglesea Point, on the 23 August 1829, on the Marquis of Anglesea. The ship was pushed onto the rocks in a gale resulting in the loss of cargo and personal
belongings including the Glover’s piano. Having survived the shipwreck, Lucy miraculously found their cherished box piano on the beach the following morning. This work recognises the many settlers who arrived with little, as indentured servants in a strange new land.