Jina Lee was born in South Korea and immigrated to Australia in 2013. Lee began her journey as a sculptor in 1999 after being accepted into the Kaywon School of Arts in South Korea.

This sparked a flame that led her to complete a Masters of Fine Art majoring in Sculpture at Kookmin University, South Korea.  Lee specialises in stone sculptures inspired by organic forms and physically creating the artwork at her studio, J Shed in Fremantle, WA.

Her stone sculptures are installed in public collections both interstate and internationally, including Australia (WA, SA), Italy, Albania, Japan and South Korea. She has shown her work at Sculpture at Bathers 2015, 2017, 2020 and Sculpture by the Sea 2015-2021. 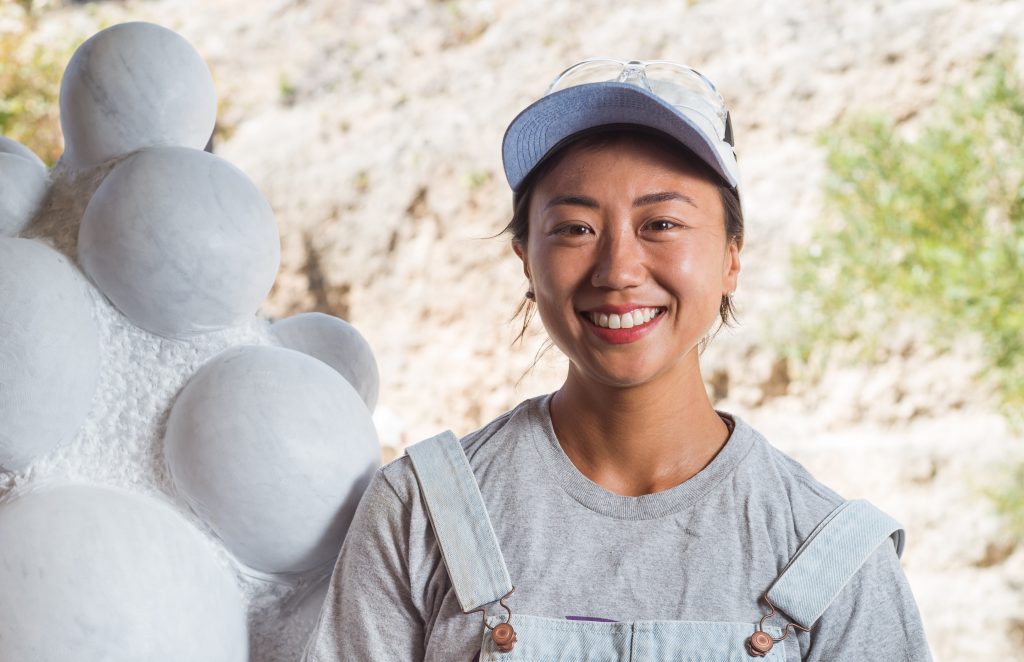 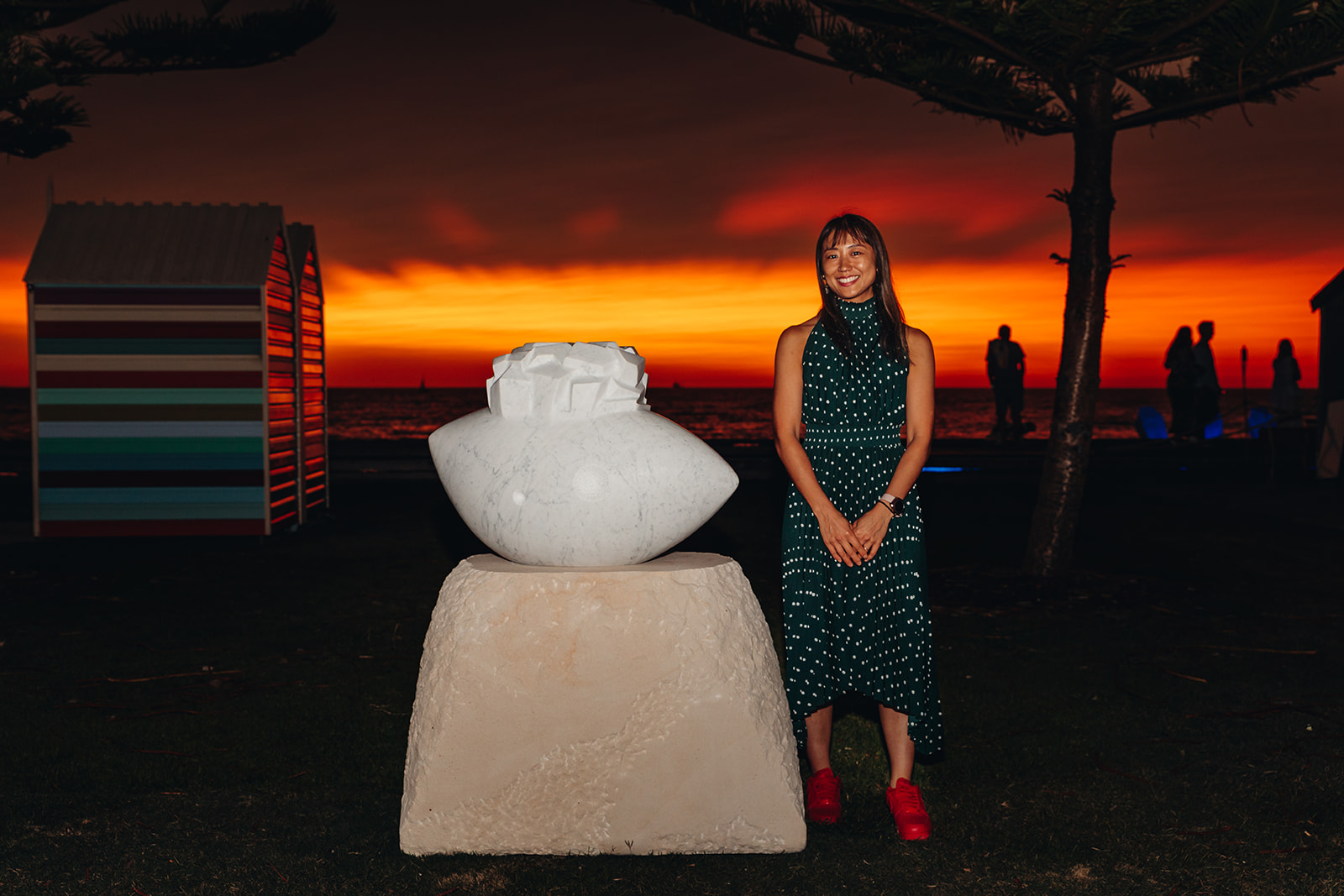 Crossing the ocean can symbolize our journey through life. The waves we traverse are the ups and downs and the ship helps us to make the journey. The ship itself can represent community, family, religion, or anything that becomes a part of our identity. We all have our own ships and our own waves to conquer. We are the seeds of the earth, travelling across oceans, planting our roots, and growing with hope. Like many Australians, we plant ourselves and begin to grow in this beautiful multicultural melting pot, sharing our unique stories and culture with each other.