Tony Jones is a Western Australian artist whose career spans more than five decades and includes 20 solo exhibitions, over 100 group exhibitions and more than 60 public art commissions. His paintings, drawings and sculptures feature the key motifs of boat hulls and sail shapes, flags and human figures and represent humanity and its fates.

Jones is most widely known for his public artworks that represent aspects of local history, including Eliza which stands in the Swan River at the site of the Crawley Baths (now demolished) and of C. Y. O’Connor, in the water at Coogee Beach.

Jones has played a key role in educating a generation of Western Australian artists and in establishing and governing some of the State’s most significant independent arts initiatives and organisations, including Praxis Inc., Perth Institute of Contemporary Art, the “Basel Residency” and Sculpture at Bathers. 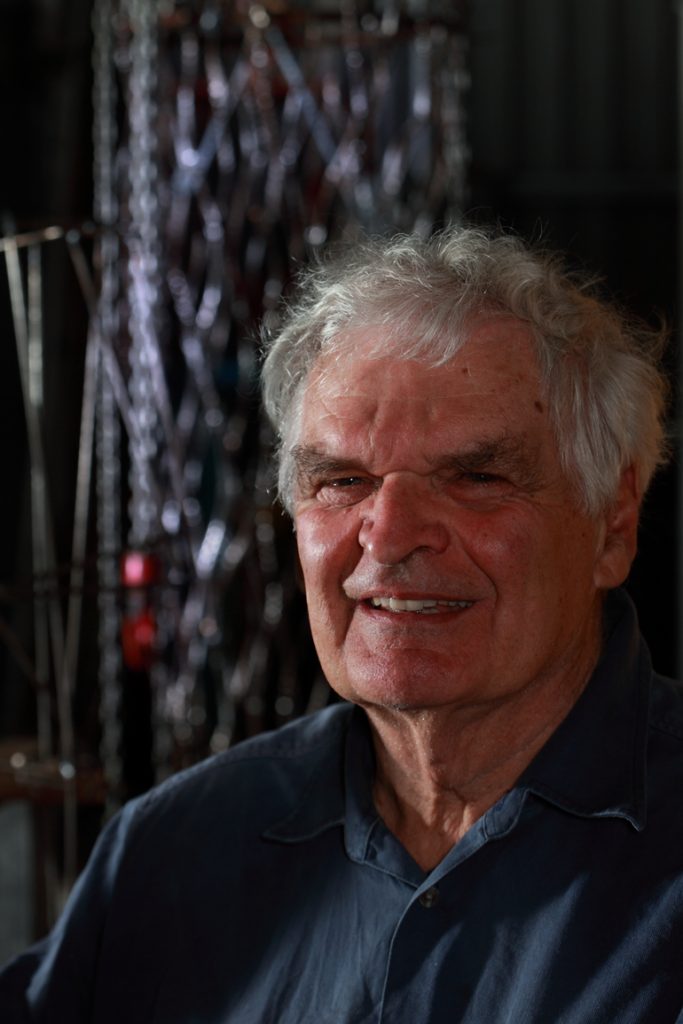 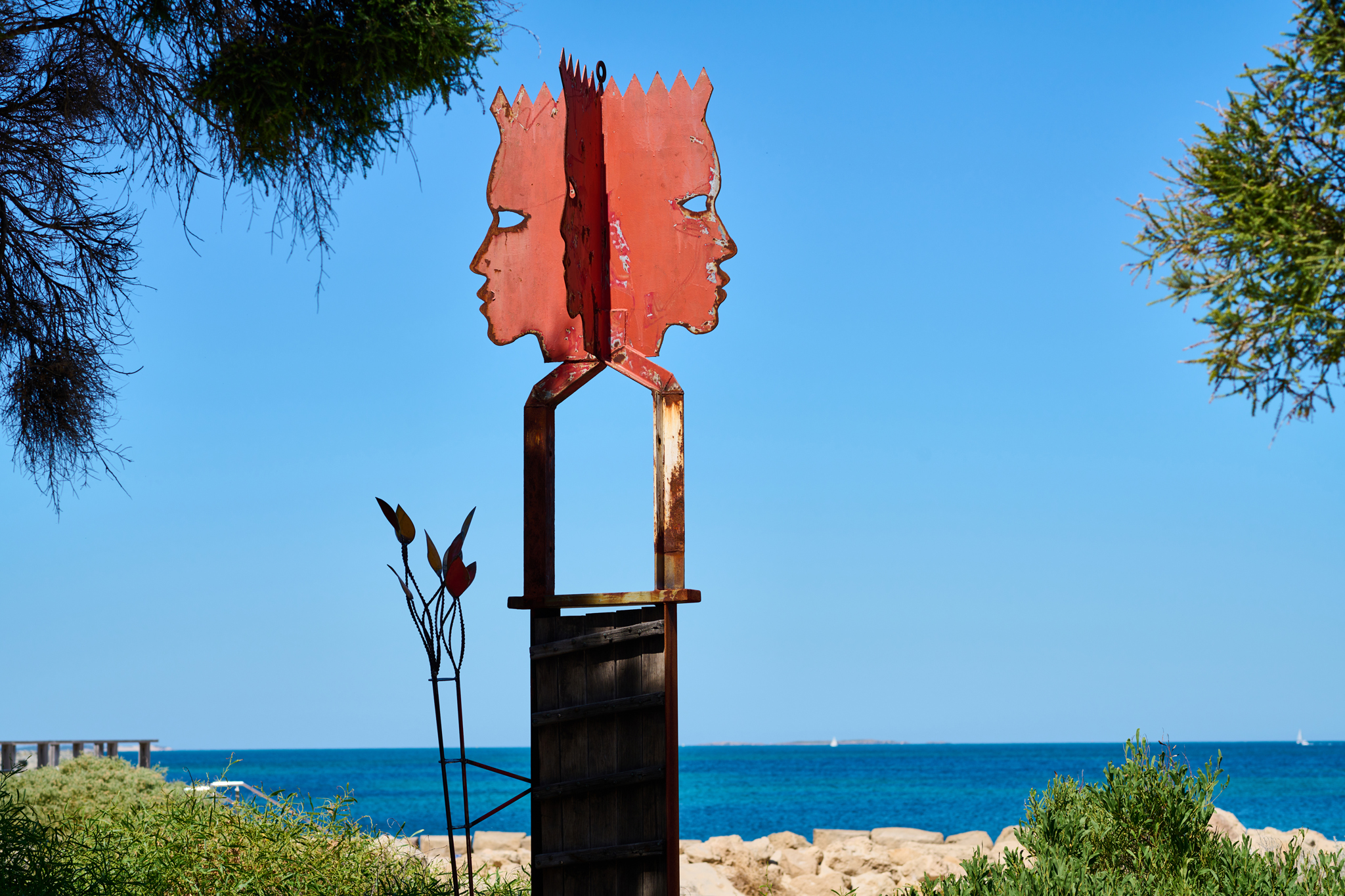 Seagrass is an environmental marker of the
health of the ocean, especially in our case, offshore Fremantle, where the cement industry has exploited its natural meadows for shell sand.
This figure could be a sentinel with its four faces keeping a watch on our fragile future. It draws on recycled marine hardware and other related
components to configure its presence.